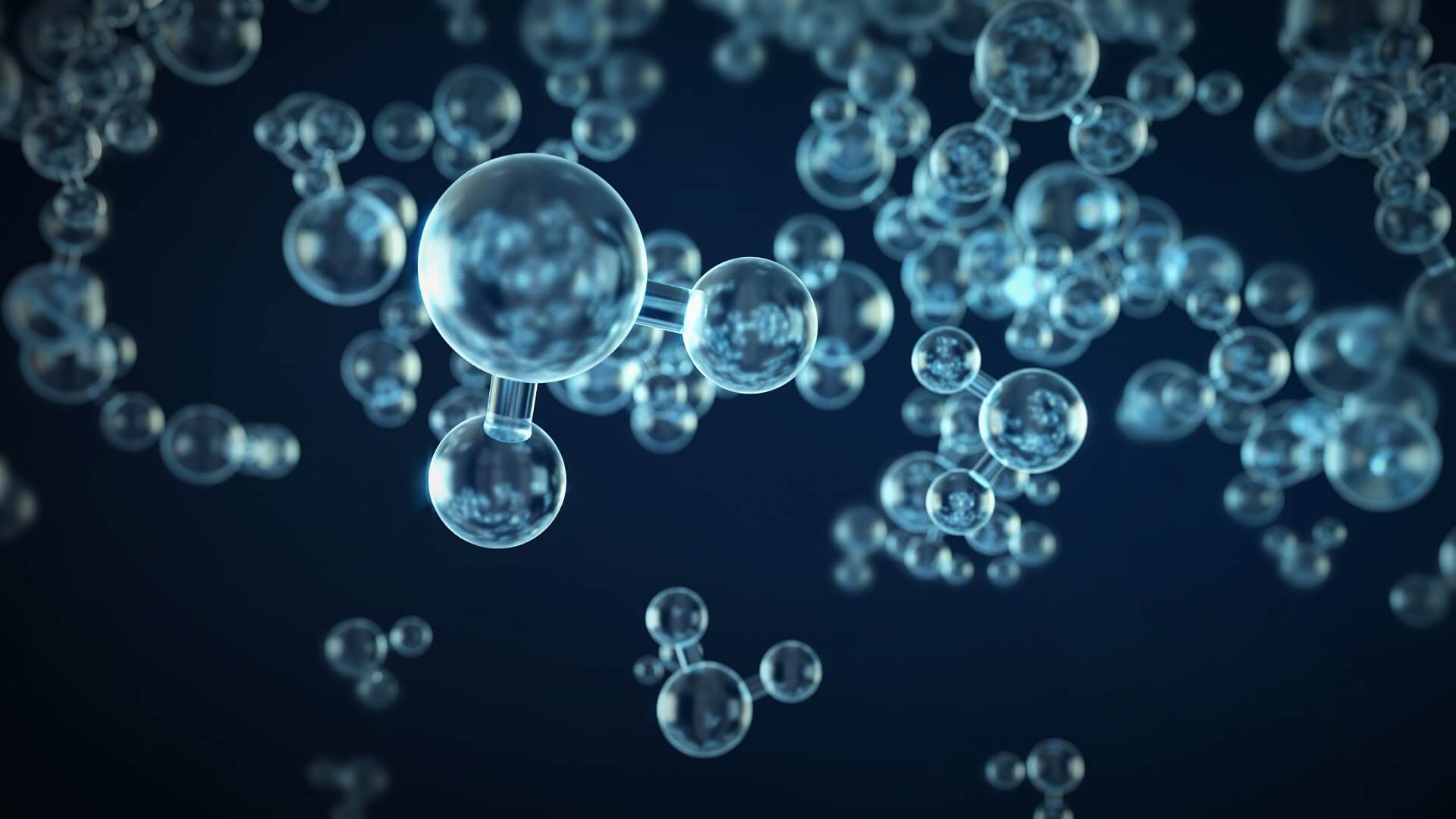 The following leading international experts on deuterium depletion will give keynote lectures at the 3rd International Congress on Deuterium Depletion.

Dr. Justine P. Roth was born in New York City, New York in 1970. She has a Bachelor’s of Science degree in Chemistry from the University of Florida and a Doctorate of Philosophy in Inorganic Chemistry from the University of Washington (1995-2000). Dr. Roth was a NIH Postdoctoral Fellow at the University of California, Berkeley (2000-2003) where she studied Biological Chemistry. Dr. Roth was appointed to the faculty at Johns Hopkins University in 2003 and earned tenure in 2009. She has been a National Science Foundation early CAREER awardee, a Research Corporation Cottrell Scholar, a Dreyfus Foundation Scholar and a Sloan Fellow.
Dr. Roth’s research interests are interdisciplinary, ranging from computational chemistry to inorganic catalysis to mechanistic enzymology. She is credited for advancing theoretic understanding of transition metal mediated redox reactions of gases and related small molecules, the ubiquity of proton-coupled electron transfer reactions in biology and applying oxygen isotope effects, together with density functional theory calculations, to probe structure and mechanism in oxidation reactions. Dr. Roth’s current efforts are largely focused upon understanding the physiological and pathophysiological behaviors of cyclooxygenase enzymes, which are dual functioning dioxygenases and peroxidases. An overarching theme is the study of enzymes that either promote and/or protect against oxidative damage. Metalloproteins that catalyze such reactions using amino acids radicals and post-translationally formed cofactors are especially of interest as is the role of protein dynamics in controlling the flow of electrons and protons during enzyme catalysis.

Dr. Boros holds a Doctor of Medicine (M.D.) degree from the Albert Szent-Györgyi School of Medicine from Szeged, Hungary. Dr. Boros currently is an Adjunct Professor of Pediatrics, at the Harbor-UCLA Medical Center, Active Investigator at the Los Angeles Biomedical Research Institute (LABIOMED) and Scientific Advisor of SiDMAP, LLC. Dr. Boros is the co-inventor of the stable isotope-based dynamic metabolic profiling (SIDMAP) technology and its applications for drug testing that involves library screening, lead optimization and in vitro, in vivo and human subject profiling using heavy isotope labeled substrates with 13C or 2H (deuterium). His primary interest is mechanisms of drug resistance in pre-clinical drug testing studies using detailed analysis of the metabolic network. The core technology Dr. Boros uses is the targeted tracer fate association study (TTFAS) approach, which determines associations in a metabolic network by its System modulating parameters, including the SOG-pathway. He trained as a house staff in his medical school in gastroenterology after receiving a research and training fellowship from the Hungarian Academy of Sciences, after which he was a visiting Scholar at the Essen School of Medicine in Germany. Dr. Boros also worked as a Research Scientist at the Ohio State University Department of Surgery. Dr. Boros is the recipient of the C. Williams Hall Outstanding Publication Award from the Academy of Surgical Research of the USA (1997), the Richard E. Weitzman Memorial Research Award from the University of California (2001), the Excellence in Clinical Research Award from the General Clinical Research Center at the Harbor-UCLA Medical Center (2004), Géza Hetényi Memorial Membership Award of the Hungarian Gastroenterological Society (2007) and the Public Health Impact Investigator Award of the United States Food and Drug Administration (2011). Dr. Boros is an active member of the American Pancreatic Association and is currently serving on the Editorial Boards of the journals Pancreas and Metabolomics. Dr. Boros acts as reviewer for Molecular & Cellular Biochemistry, Analytical Biochemistry, Oncogene, Nutrition & Cancer, Nature Methods, Nature Biotechnology, as well as the Federation of European Biochemical Societies (FEBS) Letters, among others.

Dominic D’Agostino is an Assistant Professor in the Department of Molecular Pharmacology and Physiology at the University of South Florida and teaches courses in neuropharmacology, medical biochemistry and metabolism. His research is focused on hyperbaric medicine, nutritional strategies and ketone esters for the metabolic management of neurological diseases and cancer. Nutritional ketosis enhances fat oxidation, mitochondrial oxidative phosphorylation, brain energy metabolism and metabolic water production. Hyperbaric oxygen therapy for cancer is designed to saturate tumors with oxygen, increase oxidative stress in tumors and reverse the cancer promoting effects of tumor hypoxia. D’Agostino’s laboratory uses in vivo and in vitro techniques to understand the physiological, cellular and molecular mechanism of metabolic therapies and hyperbaric oxygen, including radio-telemetry (EEG, EMG), electrophysiology, fluorescence microscopy, hyperbaric laser confocal microscopy, hyperbaric atomic force microscopy (AFM), metabolomics, biochemical assays and in vivo bioluminescence tumor imaging. He pursues his work on behalf of a number of government organizations, including Office of Naval Research, Department of Defense, and private organizations.

Gábor Somlyai graduated as a biologist at the University of Szeged in 1982. Between 1982 és 1990 he worked for the Plant Protection Institute of the Hungarian Academy of Sciences, Department of Plant Pathology, within this time period from 1983 to 1986 he was a scholarship-holder of the Hungarian Academy of Sciences as a postgraduate student for obtaining PhD. In 1988 he defended his thesis in molecular biology. In the same year he was a DFG-scholarship holder at Georg August University in Göttingen for 6 months, from the end of 1988 Dr. Somlyai held a postdoctoral fellowship at the University of Missouri (Columbia, Missouri, USA), where he worked in the field of genetic engineering and gene mapping. In the wake of Hungarian Nobel-prize winning researcher Albert Szent-Györgyi, who said that the true cause of cancer should be looked for at sub-molecular level, Somlyai began his investigations in 1990 as a senior research fellow at the Hungarian Institute of Oncology with the examination of whether the naturally occuring deuterium – the heavy isotope of hydrogen – has any role in the regulation of biological, i.e. intracellular molecular processes. In 1993 he established HYD Ltd. with his partners to carry out anticancer research based on his invention, drug development based on the proprietary procedure of deuterium depletion and to conduct drug registration. Between 1993 and 1997 he was the scientific director of HYD Ltd., from 1997 he became the CEO of the company. In 2000 his book entitled „Defeating cancer!” appeared in Hungary, from that time it has been published in Romania, Japan, the USA, South-Korea and in China. Gábor Somlyai is the author of numerous scientific publications in Hungarian, English and German languages and recognized speaker of domestic and international conferences.